On January 2018 Facebook announced  new updates to the News Feed algorithm, that would yet again affect how posts are ranked, favoring posts of family and friends on account of public and business pages.

“There will be less content directly from (professional) Pages.”

What is the News Feed Update?

With the start of 2018, Facebook announced that starting from April 2018  they would roll out a new update to the News Feed algorithm that would affect its ranking system.

The new algorithm will be favoring posts from family and friends as well as “meaningful” posts,

So the number of likes, shares, or comments are no longer as helpful in promoting the post as the quality of the content itself and if it managed to spark conversations in the comments section.

“As we roll this out, you’ll see less public content like posts from businesses, brands, and media. And the public content you see more will be held to the same standard – it should encourage meaningful interactions between people.”

“Posts that don’t inspire meaningful conversations or interactions among people will be seen less in the News Feed. Engagement-bait tactics that encourage people to comment on posts aren’t considered “meaningful” interaction and pages that use them will continue to be demoted in the News Feed”

The News Feed update is not exclusive to posts only, but also it includes video posts

“There will be less video. The video is an important part of the ecosystem… But it’s more passive in nature. There’s less conversation on videos, particularly public videos.”

Upon this announcement many claimed that this update places business pages in a serious disadvantage, predicting a noticeable decline in the overall received interactions.

In order to understand the full effects of such update to the business pages of the MENA region, we decided to study the interactions’ patterns of some of the top pages in four different industries (Telecom, Entertainment and TV, Ride Hailing, and Banking)

Accumulating over 300 Million users’ likes and over 150 Million interactions.

Let’s us take a general look at the accumulated performance of the 4 industries from 2017 to 2018. 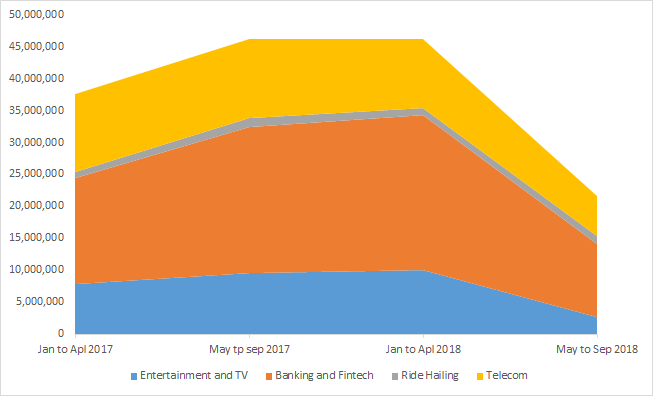 We can see despite the several variations to each industry performance, but combined together they have  almost the same decline behavior. Affirming a huge decline in the received interactions from May to Sept 2018.

The following is a breakdown of each industry’s performance to better understand the shift in the interactions:

Interactions in the Telecom Industry: 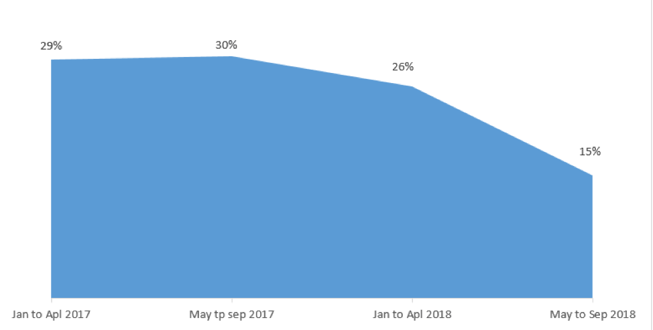 Based on average interactions’ numbers, Telecommunication industry is the highest compared to all monitored industries.

Which is logical considering the nature of the industry, since many users tend to participate heavily either to provide feedback or to interact to campaigns that are actively released throughout the year.

Looking at the chart, we can see that there is no significant shift in the received interactions throughout 2017 and the beginning of 2018 (Jan to April). However, there is a major drop in May-Sep 2018.

what even affirms how severe the interactions’ decline is, the fact that Ramadan season was through may to June 2018, when followers are keen to follow what campaigns the different pages come up with.

Interaction in the Entertainment and TV industry:

This is one of the Major industries in the MENA region, and we had the opportunity to study the shift in interactions through one of the peak seasons “Ramadan “ 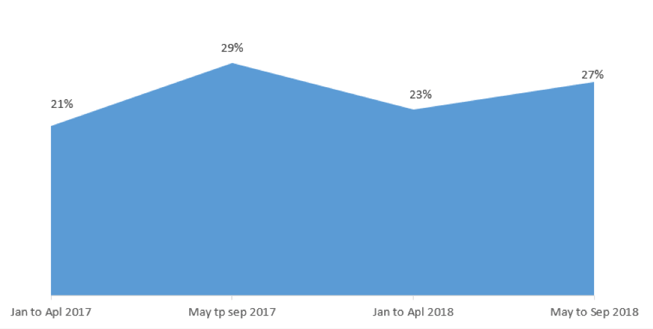 We see an interesting pattern in the ride-hailing industry, all in all, this industry  have managed to maintain the same level of interactions throughout the algorithm changes.

Only a 3% decline in received interactions after the changes in comparison with the previous year, (may through Sep 2017- May through Sept 2018).

However, we may be speaking too soon to claim a performance stability for this industry.

With the growth of the industry comes to a massive growing followers and users’ likes, we are talking about 25% increase in followers/ users’ likes in 2018 only.

So in other words, even though there has been a huge increase in the number of followers, that didn’t do much to boost the interactions in (May-Sep 2018).

When looking at the performance of the banking industry in the MENA region, we see that there has been a promising and steady growth in the number of interactions throughout 2017 and the start of 2018.

However, there has been a major decline in May-Sep 2018. Despite Ramadan season and Banks being keen to be an active participant in the advertising marathon.

“As long as there are two billion people using Facebook, there will be value for businesses. They just have to figure out how they fit in.”

it’s alarming how huge of a difference the new update has inflected, keeping in mind that this was not the first _ and would not be the last_ update Facebook implements to their algorithm in 2017 and 2018.

The algorithms are constantly shifting, and one cannot really be against it since the drive behind such changes has always been to enhance the user experience and encourage more authentic content and engagement.

On the long run, Facebook believes  that this would be a positive update to  their community and businesses  as well,

While we are nowhere near close to place a final verdict on such statement, we need to keep in mind that Facebook does not really discourage business content/pages. There have been several updates to the business pages that aims to enhance the features for businesses and their customers.

That being said, it’s now the time to admit that depending only on the organic reach of your posts is no longer guaranteed to get the expected interactions.

However, there are some ways and methods that can help you reach your audience and maintain if not increase the same level of performance.

promoting your content would still work, even though we are not sure how exactly it would fit in the new “News Feed” system.  Facebook assured that prompted contended has its own separate system that would not be affected by the new algorithm update.

We are yet to fully understand the exact ranking of promoted content. Nevertheless, promoting your content will help with increasing its visibility and reach.

“…long comments more than short comments, because we find regularly that if you take the time to actually write a more thoughtful perspective on something that correlates positively with a comment that someone actually would respond to or Like.”

Making sure you are actively responding to and encouraging conversations in your comments section is a tactic that may prove itself working according to the new algorithm system.

This step may be overlooked, but reminding your audience how to enable “See first” function seems like a good idea, this way you make sure that users who are interested in your content will not miss it.

Since videos are no longer as encouraged, the obvious alternative is using the “ Live Video “ function, especially that it seems that many business pages shy away from using this function, which means less traffic and more chances of visibility and reaches.

The above-recommended steps could be effective in the lights of the new updates,

We need to also be mindful of the actions that would trigger the algorithm to define your content as “not meaningful” in general.

For example: asking for (likes, comments, shares) or posts that encourage or ask for short comments. 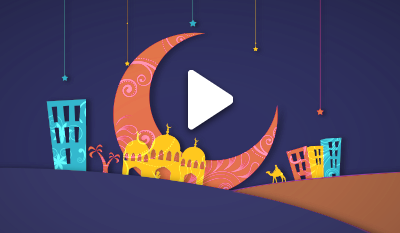 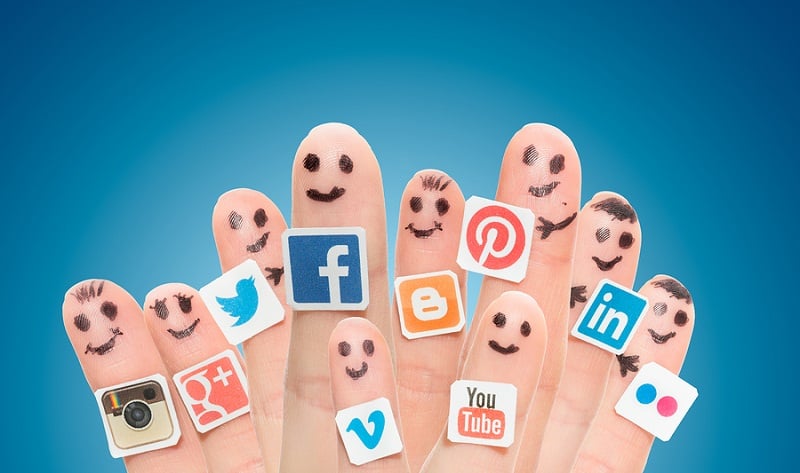 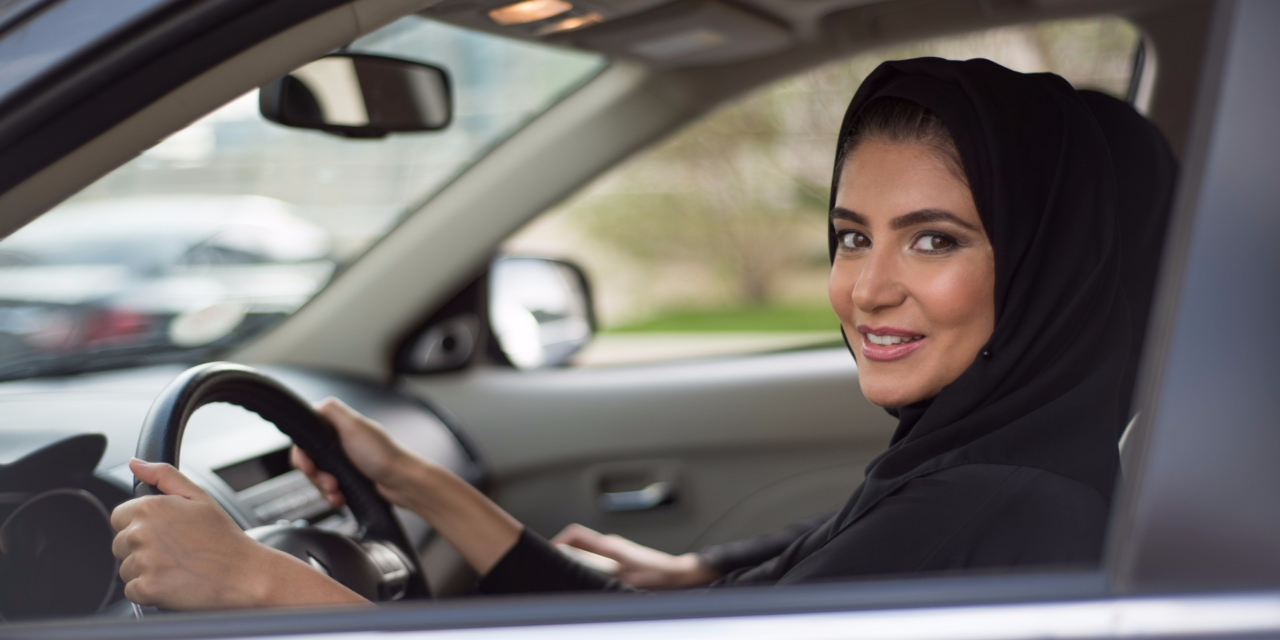 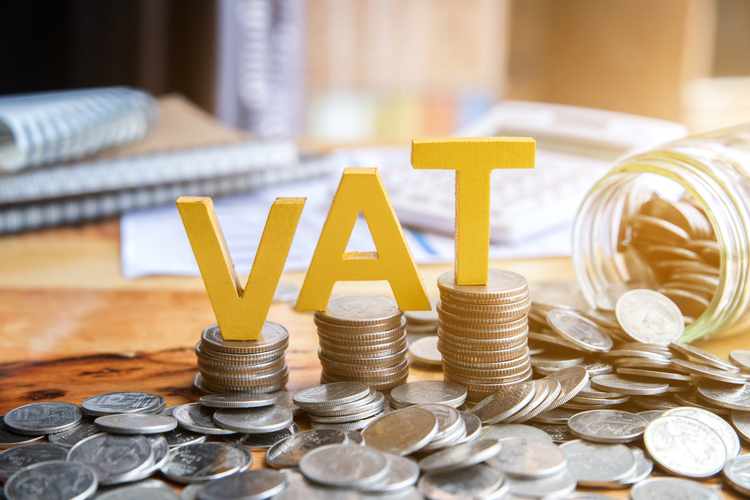 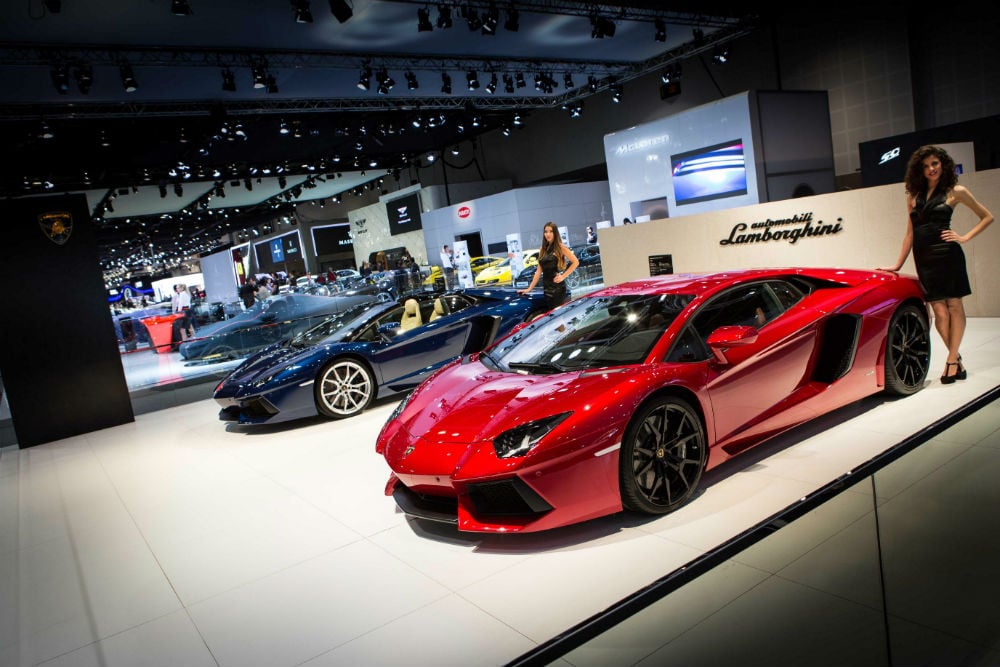 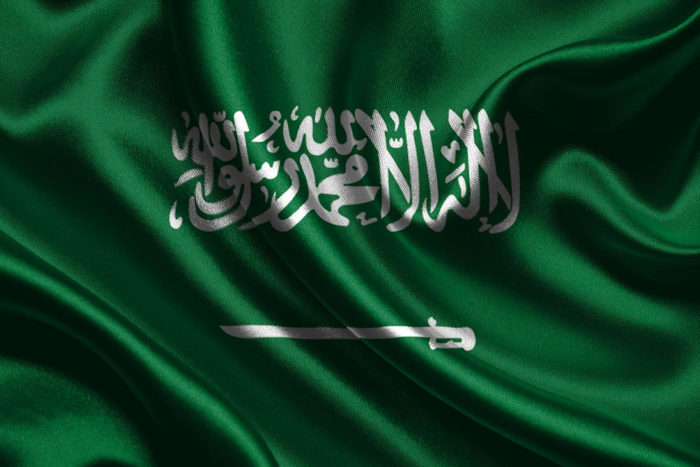 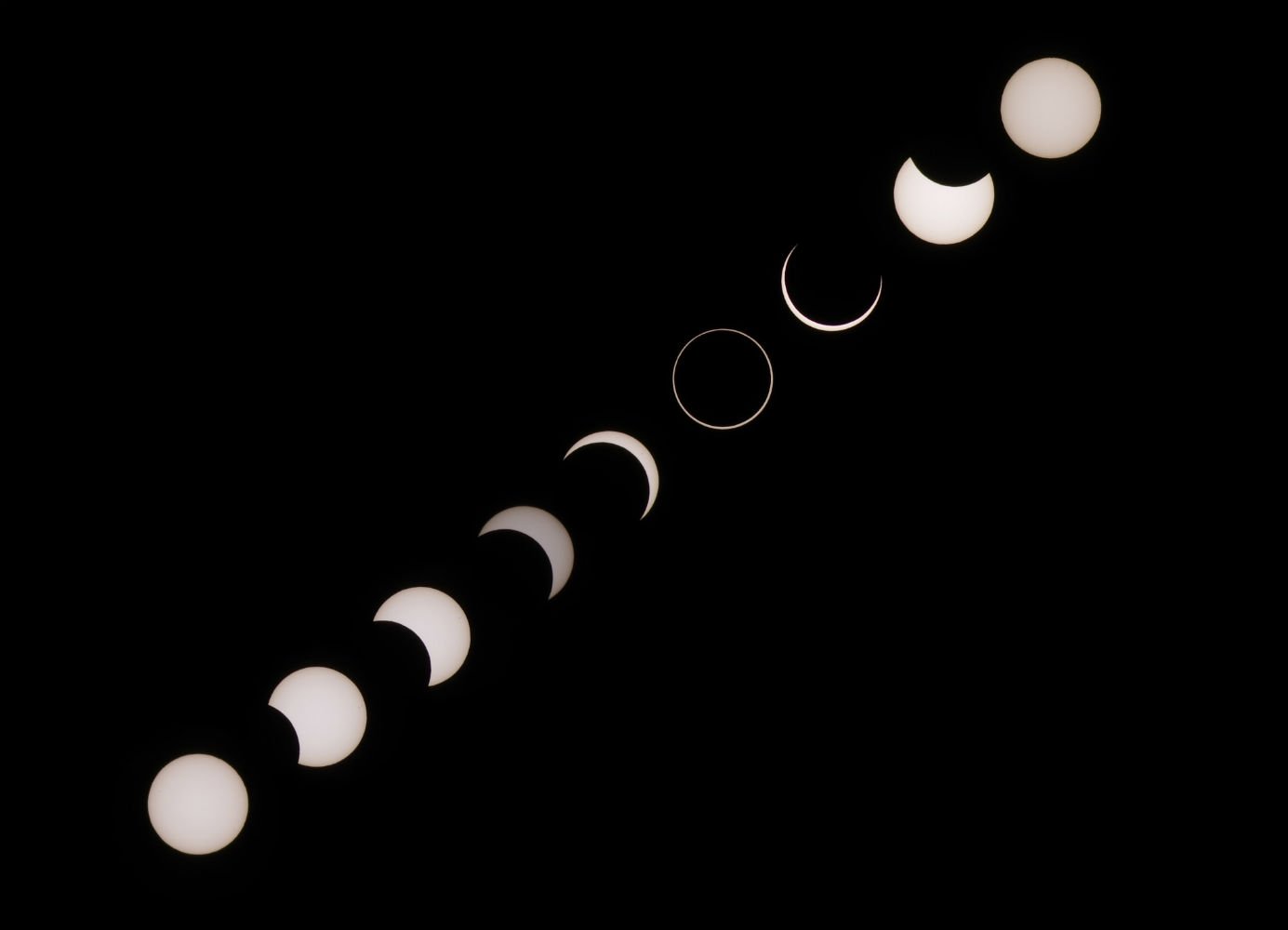 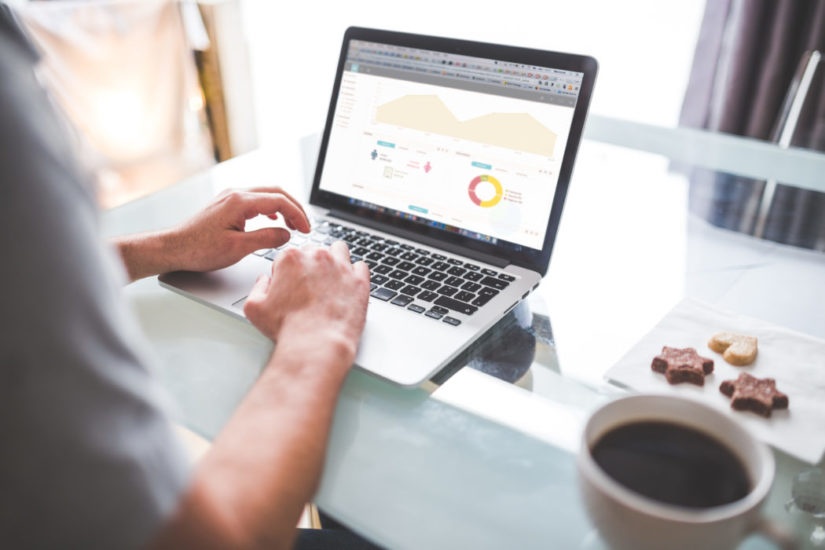 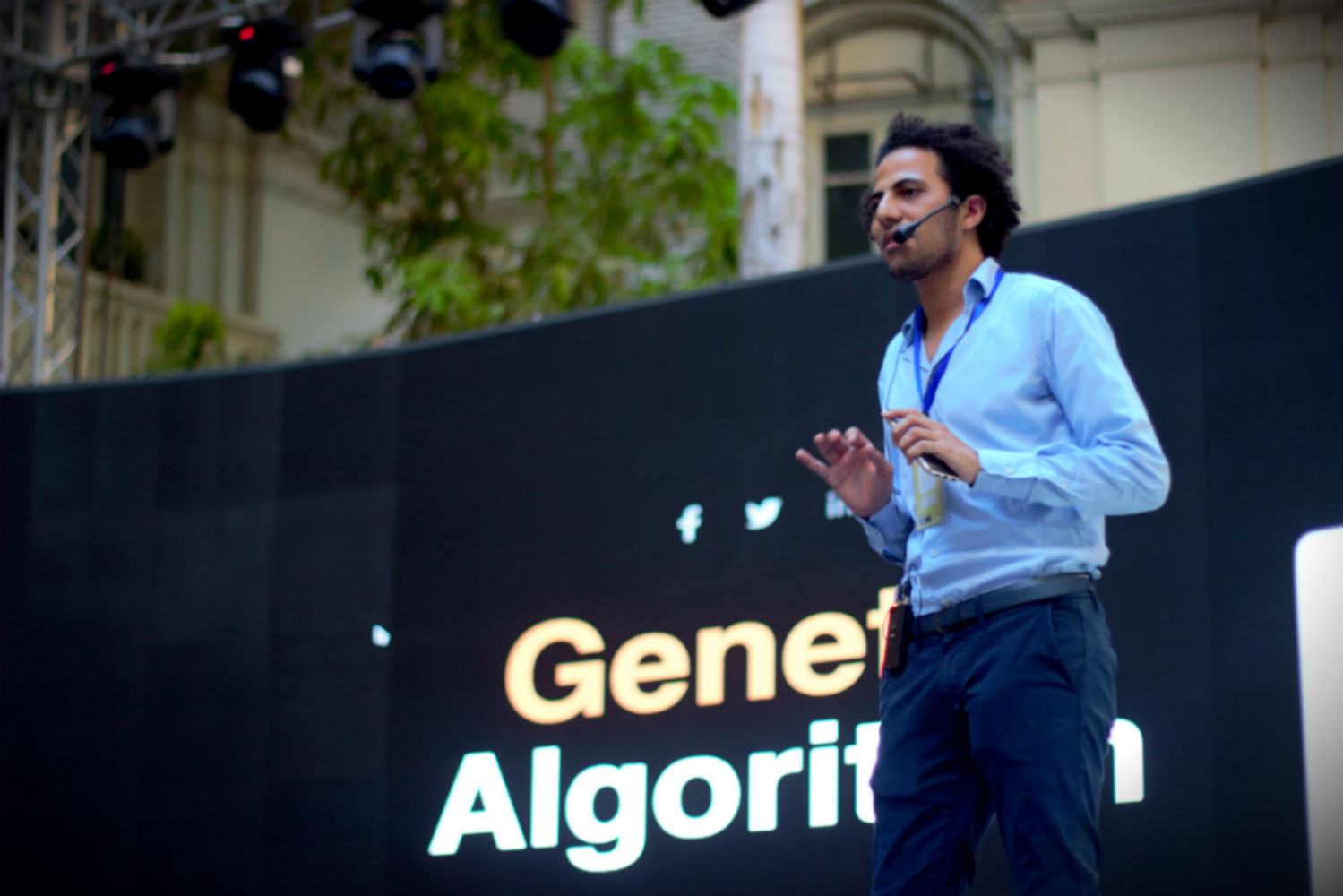 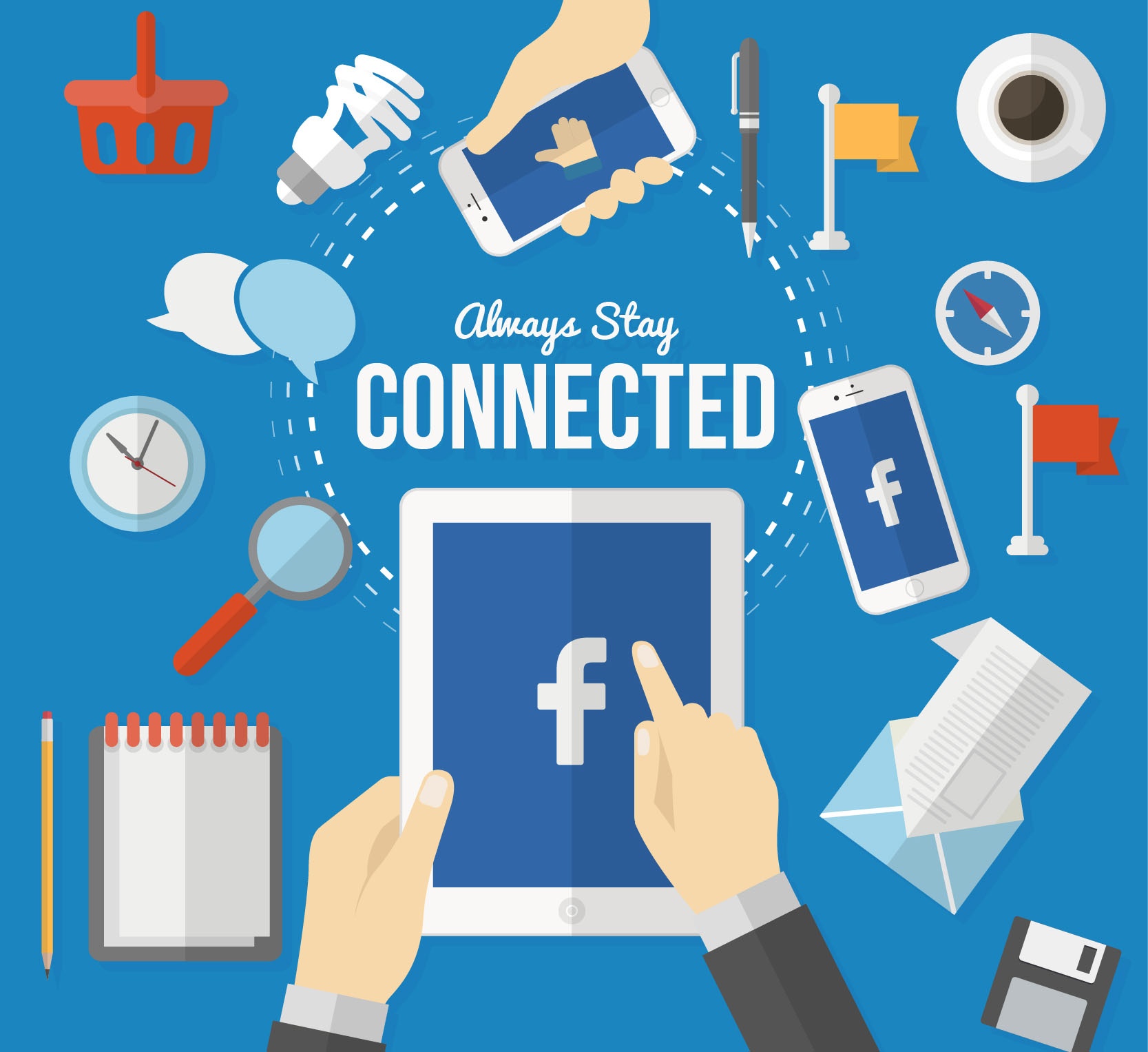 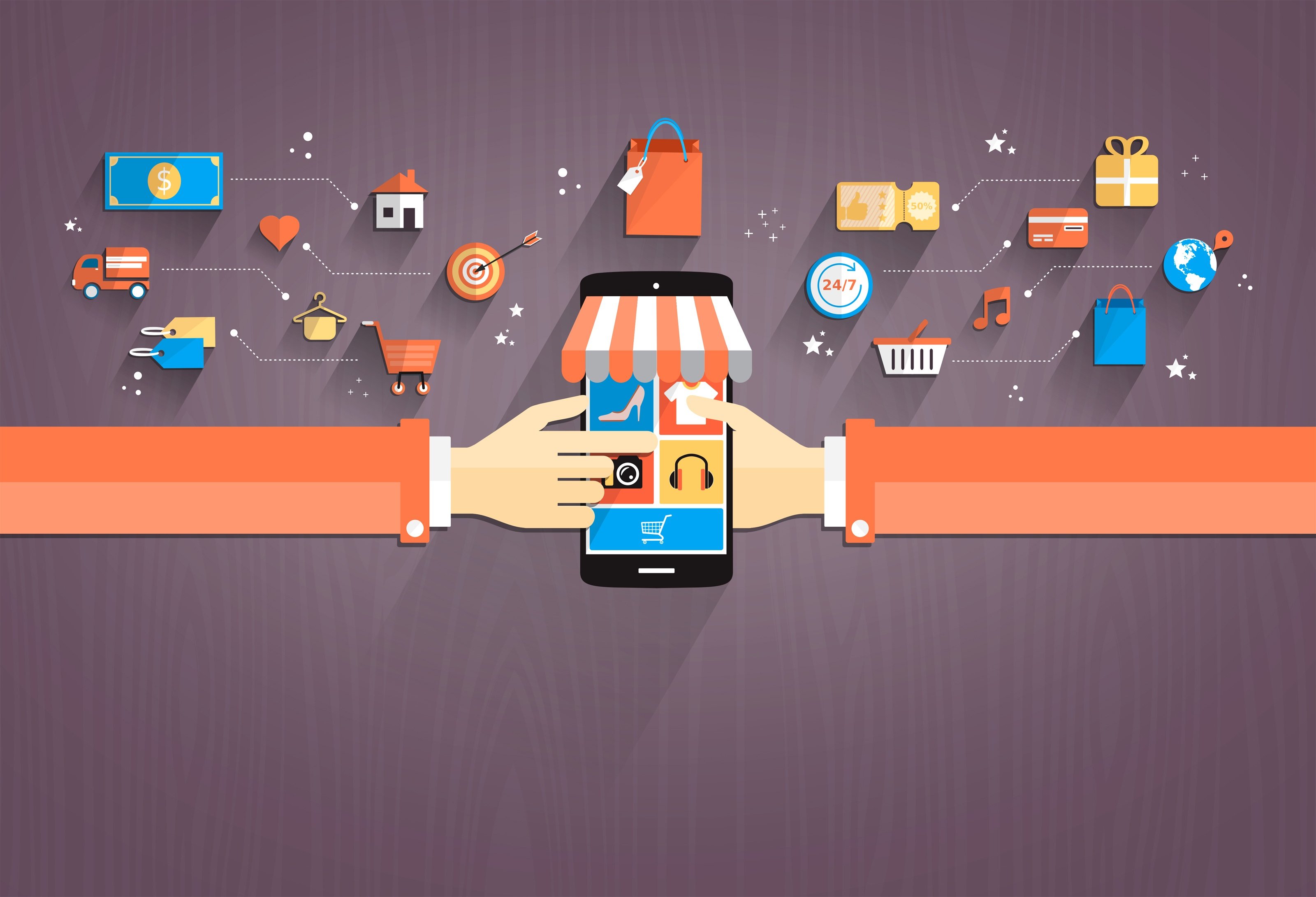 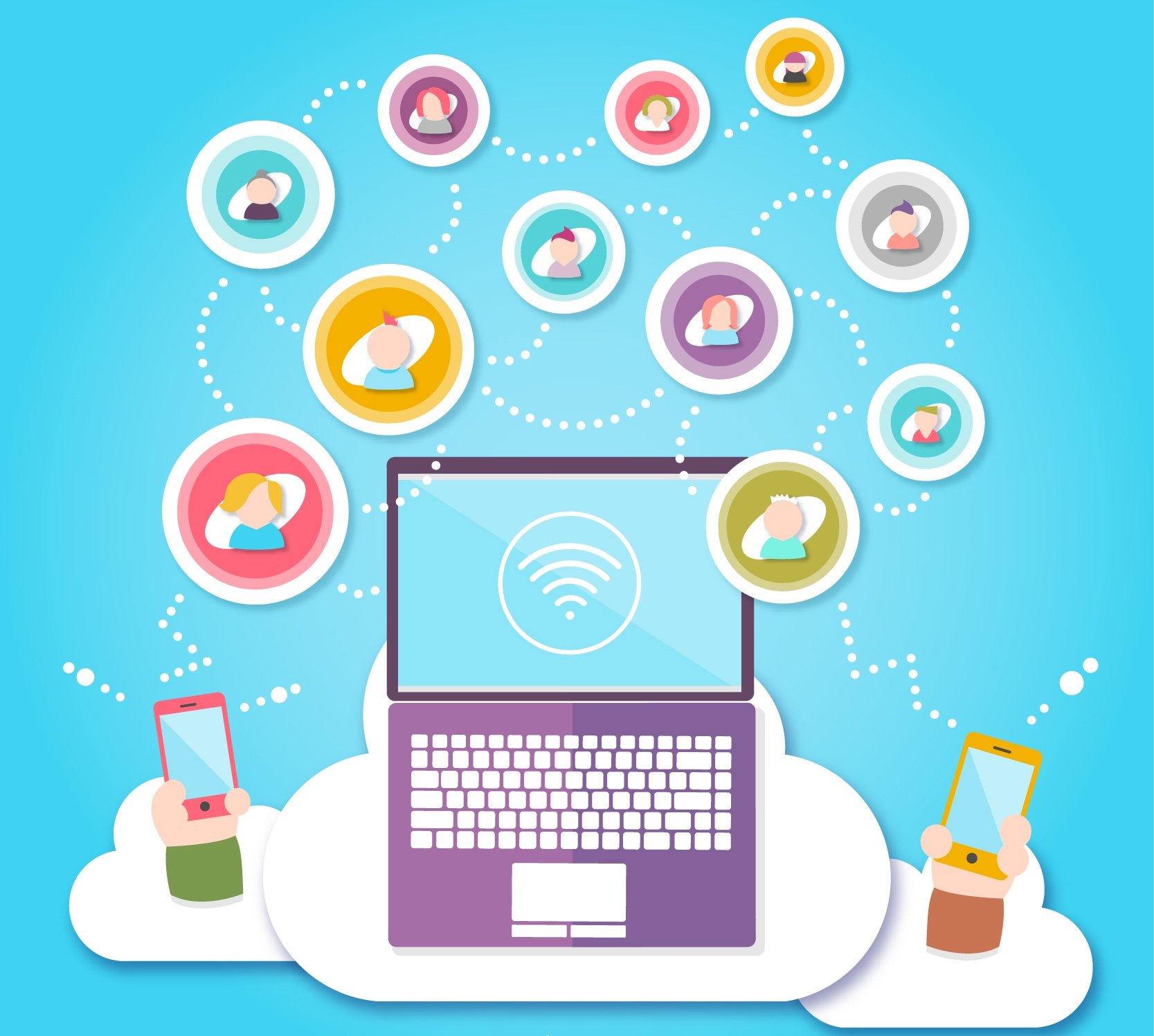 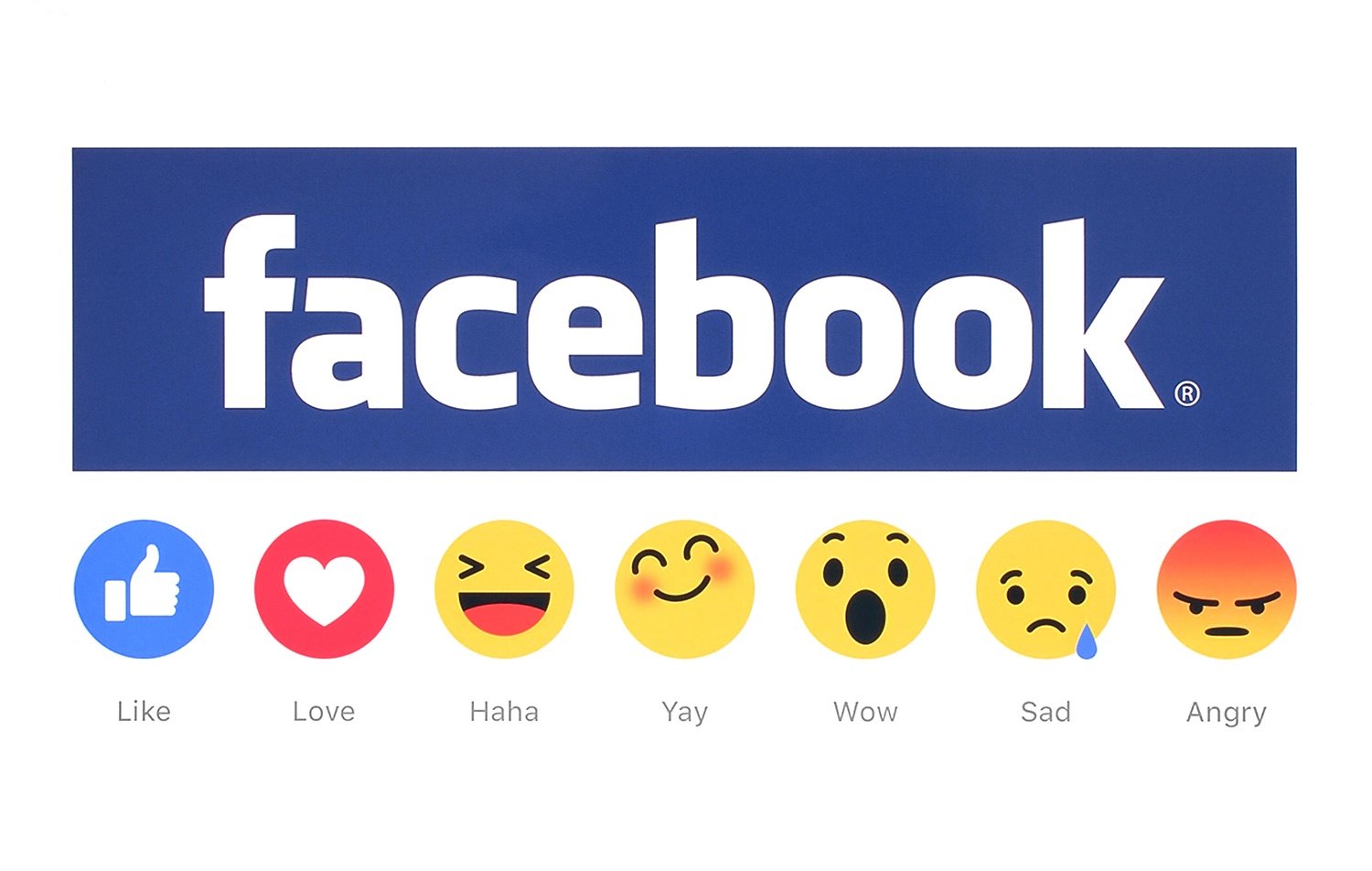